The following blog has been republished with permission from our partners at Healio. You can read the original article here. 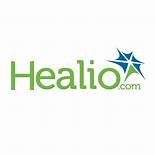 Compared with conventional treatment, bariatric surgery was superior in achieving remission of prediabetes and type 2 diabetes and reducing cardiometabolic risks for patients with obesity, researchers reported in Obesity Medicine.

According to Antônio Carlos Sobral Sousa, MD, PhD, FACC, head of cardiology at the Federal University of Sergipe in Brazil, and fellow researchers, sparse data in the literature suggest whether bariatric surgery would produce better outcomes relative to long-term diabetes comorbidities among Public Healthcare System users in Brazil. The researchers conducted the study to determine the remission of type 2 diabetes and the reduction of cardiometabolic risk at 5 years among patients with obesity and type 2 diabetes who received bariatric surgery and were followed in the Public Healthcare System.

The observational, retrospective, single-center study included 38 patients who received conventional medical treatment and 33 patients who received bariatric surgery. Researchers assessed socioeconomic, lifestyle, anthropometric, biochemical, medication, cardiovascular and glycemic parameters. Baseline characteristics between groups were comparable. Overall, 91.6% of patients were women, and the mean age was 46.1 years. Among those who received bariatric surgery, there was a mean 28.3-month wait to receive surgery, and 93.9% underwent gastric bypass.

“Bariatric surgery is superior to conventional treatment in promoting remission of prediabetes/type 2 diabetes, reducing cardiometabolic risk and the number of drugs used, in addition to improving the biochemical and anthropometric markers of patients with obesity and type 2 diabetes,” de Almeida and colleagues concluded. “Future studies might analyze how long after bariatric surgery these benefits achieved in the first 5 years remain in individuals with low socio-educational levels.”

Sangeeta Kashyap, MD, staff physician in the department of endocrinology, diabetes and metabolism at Cleveland Clinic and a Healio Endocrine Today co-editor.

Sousa and colleagues examined the 5-year outcomes of bariatric surgery vs. conventional medical treatment of type 2 diabetes in Brazilian patients with class 3 obesity in an observational, retrospective study. Due to the observational nature of the study, there were significant differences at baseline in that the patients receiving surgery were far heavier than the medical group. Indeed, the BMI at baseline in the surgery group was 50 kg/m2 and that of the medical group was about 42 kg/m2. However, other cardiometabolic factors, including glucose, lipid and blood pressure levels, were similar at baseline, and a majority of participants were female.

At 5 years of follow-up, the primarily gastric bypass surgery group had over 60% of participants achieving full remission of type 2 diabetes and dramatic reduction in cardiovascular disease risk scores as well as the need for diabetes and CV agents. The rates of diabetes remission are far higher than other published randomized controlled studies of bariatric surgery for diabetes and may reflect that these subjects had greater severity of obesity and less severe diabetes and were predominantly female with more preoperative counseling than the conventional medical treatment group. However, this is a small nonrandomized trial that shows greater remission in the Brazilian cohort.

Further studies examining the impact of bariatric surgery with respect to gender and racial differences are needed. The impact of surgery in more severe diabetes with moderate obesity are also warranted. Regardless, bariatric surgery seems to have durable benefits for patients with type 2 diabetes and obesity up to 5 years. Whether these benefits translate to reduction in microvascular and macrovascular events related to diabetes is not known.

Identifying and Treating Severe Hypoglycemia in Pediatric Patients with Diabetes